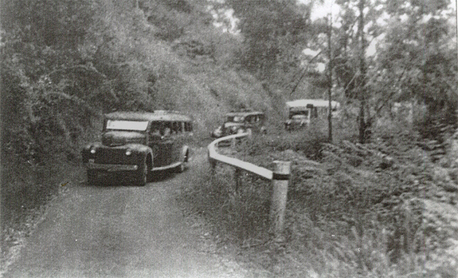 In 2003 the Queensland Heritage Council listed Geissmann Drive/Tamborine Mountain Road, extending from the intersection with Main Street, North Tamborine at Doughty Park to Sandy Creek, Tamborine (near Vonda Youngman Drive).   This meant that apart from regular maintenance work, no alterations to the road are permitted without a decision of the Queensland Parliament.

How this came about illustrates how Tamborine Mountain residents have kept a look out for possible major changes to our valued landscape.

A small number of individuals became aware that the Department of Main Roads planned to undertake major roadworks along parts of Tamborine Mountain Road, initially between Curtis Falls and Songbirds and some distance beyond, with the intent of “straightening” some of the curves to make the drive up and down the mountain somewhat faster.  Of necessity, the work would have entailed rock blasting and removal of trees with consequent loss of flora and fauna. 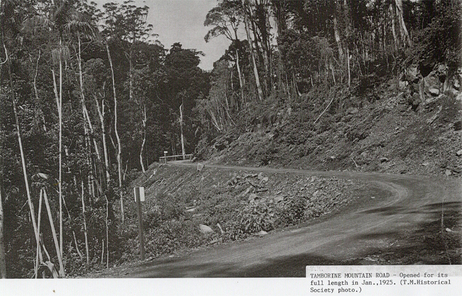 On receiving this information, the Tamborine Mountain Progress Association and a number of dedicated and determined supporters carried out an extensive investigation and ultimately decided that the only way to preserve the road was to nominate it for heritage listing.  This was done in April, 2002.

The nomination was reinforced by more than 500 petitioners.

This original and aesthetically pleasing gateway to Tamborine Mountain is now to be safeguarded in perpetuity.