Tamborine Mountain’s “do it yourself” road...... 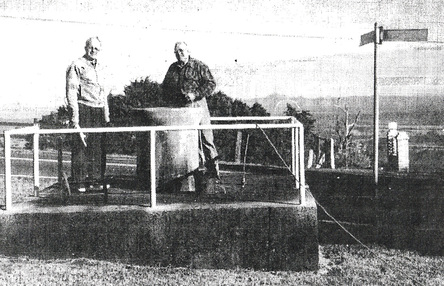 Although there were roads to Canungra and Tamborine Village early in the 1900’s and there were also rough tracks to the east from St. Bernards and Panorama Point, the lack of an all weather road linking the mountain to the coast was a regular item of discussion amongst the small mountain community back as far as the twenties.

By the fifties, the little community had grown, and children needed to go to high school rather than be boarded.    No help was forthcoming from local or state governments so intrepid pioneers Edmund and Raymond Curtis and cousins Bill and John Geissmann decided to get the project going themselves.  The McDonnell Ridge track, although the longest of the proposals, was chosen as the preferred route.  The Geissmann men had a timber mill at the Beacon plus equipment, trucks and bulldozers available for hire.   With picks and shovels the four men went to work.   Before long a rough track appeared.

At its meetings the Tamborine Mountain Progress Association had been discussing the plans for a number of years.  It took over co-ordinating the road building activity in July, 1958 and Edmund Curtis became president shortly after.

Many thousands of hours were spent by residents in working bees - erecting fences, drains, etc. and for two years a stall was held at Curtis Falls selling local produce, plants, cakes, jams, etc.  A total of three thousand pounds was raised which was a sizeable sum for those days.

At a Progress Association meeting in October, 1958, it was agreed to publish a news sheet to disseminate information about the various road related activities and the Tamborine Mountain News was launched in November, 1958.     The first editor was Bill Reeve, followed by Elton Staffsmith who worked alone on the News until joined by Eve Curtis in 1971.    Proceeds from the free paper which continued publication enabled the Progress Association to buy the Zamia Theatre in 1971.

Tamborine Mountain has been a popular regional destination since the end of the nineteenth century.   It had many Brisbane friends and good qualified advice came from beyond our boundaries.   By the end of 1959 traffic was able to use a narrow, rough gravel road to the bottom of the mountain, then via Coomera Weir to the Pacific Highway at Oxenford.   Before long a bus was able to take children to a high school in Southport.

Through a special State Government grant, Albert and Beaudesert Shire Councils sealed their portions of the new road and on 5th November, 1966 the Oxenford Road was opened by the then Minister for Roads.  The Minister stated that it was the first such road he had ever opened, for instead of whinging to the government, the people had pooled their resources and carried out the job themselves !!

The plaque reads…….  “The road from here to the bridge at the foot of the mountain was opened up by Tamborine Mountain Progress Association in 1958 with money and help supplied by local residents and interested people.   It became known as the “do it yourself road” -  it was taken over by the shires in 1960 and gazetted a main road in 1964”.

It is now displayed in the Historical Association rooms in the Creative Arts Centre, Wongawallan Road, Eagle Heights, Tamborine Mountain. 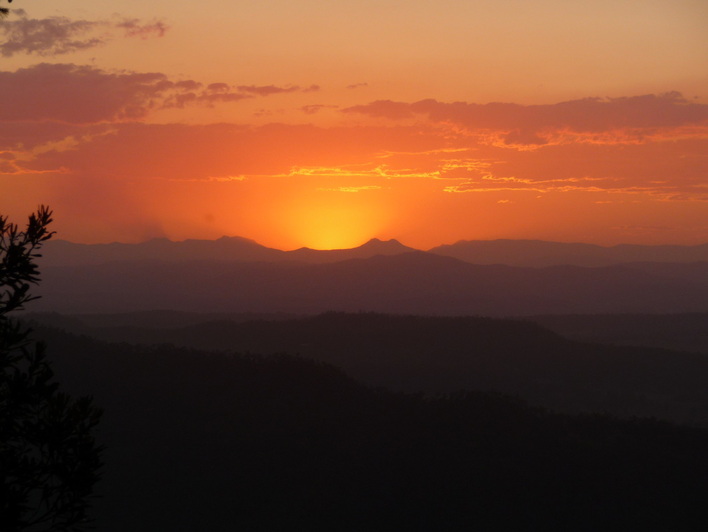