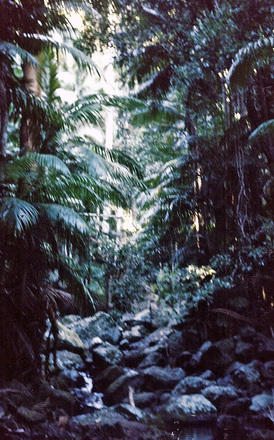 ﻿The Birth of our National Parks﻿

In 1872, following intense lobbying, an Act of Congress finally dedicated 2,192,640 acres near the head of the Yellowstone River as a public park for the benefit and enjoyment of the people.  So began the concept of National Parks.

Robert Martin Collins of Mundoolun heard of Yellowstone National Park while visiting the USA.  When he was elected to the Legislative Assembly of Queensland in 1896, he raised the idea of a National Park in a lecture, but there was little understanding of either the concept of the need.

Eventually, in December, 1906, the Queensland Parliament assented to “An Act to Provide for the Reservation, Management, and Protection of State Forests and National Parks” and it became effective from 1st January, 1907.  The legal basis for National Parks in Queensland had been established.

On 15th June, 1907, Tambourine Shire Council carried a motion, put by Councillor S. Curtis and seconded by Councillor J.H. Delpratt, that the  Department of Public Lands be asked to resume an area of Crown Land on the side of Tamborine Mountain “as a national park for the preservation of the flora and fauna as owing to the way the land in the vicinity is being cleared it would seem that in the near future such an action could prove its necessity”.

As a result, Witches Falls was gazetted as a National Park on 28th March, 1908, becoming the first National Park in Queensland and the second in Australia.

On 29th May, 1915, the Tamborine Mountain Progress Association was formed, in part to help manage the mountain’s newly gazetted National Park.

Tamborine Mountain residents were in favour of preserving rainforest areas. 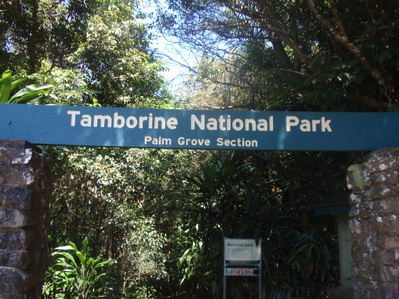 In 1925, accepting the offer of land covered with palms and ferns, the Queensland State Government purchased part of H.E. Jenyns’ farm, an area of 130 acres for preservation.   This was named Palm Grove.

In 1954, another fine area was added to the mountain’s list of parks.  It became known as the Knoll National Park and was added to on five separate occasions.

At the Tamborine Shire Council meeting in 1915, Councillor Edwin Franklin asked for a one acre area featuring a splendid grove of macrozamias (now known as Lepidozamia peroffskyana) to be reserved. Further land was donated by the Franklin family and Frank Salisbury senior. The whole area of three acres was declared a National Park in 1957. This grove of macrozamias was featured in an earlier David Attenborough series.

Cedar Creek, which had previously been a reserve, was gazetted as a National Park in 1962.  Two additions came later.

Also in 1962, Judith Wright McKinney and Hilda Curtis donated land on the road from Curtis Falls to Eagle Heights as an un-named National Park.

These donations were followed in 1976 by Miss Kathleen Dobbie and Miss Jean Dunlop giving two sites, one near the Fig Tree corner and the second around the curve on the McDonnell Ridge road.  These areas totaled nearly five and a half acres.

About twelve acres at Panorama Point were given by Herringe Research and Development in 1980.

Bushwalking trails through these forests attract walkers from far and wide.   The diversity of vegetation and the sheer experience of the natural environment have drawn appreciative responses from visitors dating as far back as the 1890’s.     Reports at that time were coming out about the wonderful flora and fauna of Tamborine Mountain.    Today, the mountain and its escarpment area house up to 80% of south east Queensland’s flora and fauna. 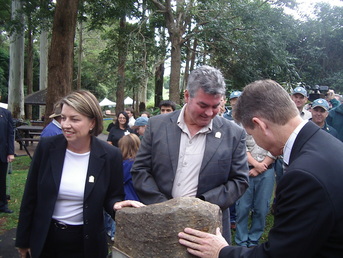 On the day, a large crowd from Brisbane, the Gold Coast, Tamborine Mountain and other areas gathered at Witches Falls to celebrate National Parks Day.

Speaking on behalf of the Department of the Environment, Parks Regional Director, Bob Spiers, said that it was obvious that the National Parks meant a great deal to the mountain community. .Their interest and involvement was evident in the strength of the Natural History Association and the Bush Volunteers, as well as the general community.

The centenary of Witches Falls National Park was celebrated in grand style.   Andrew McNamara, Minister for Sustainability, Climate Change and Innovations said that National Parks play an important role in the lives of the people of Queensland, with 16 million visiting National Parks each year.

The Premier, Anna Bligh said the government was committed to extending the current area of National Parks in Queensland from 8.3 million hectares to 12 million hectares by 2020.      She then unveiled a plaque commemorating the centenary of Witches Falls. 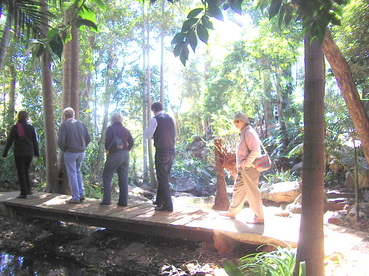 Tamborine Mountain’s National Parks, easily accessed by people in the two adjoining large cities, provide the therapeutic antidote to stressful urban living.  Mountain people are lucky to have this on their doorstep.  Experiencing nature at its finest puts life into better perspective and the wonderful sounds and smells of a forest must enrich any visitor’s day before setting back to another stretch of suburbia.

As one of the founders of Central Park, slap bang in the middle of New York said about a century ago, the preservation of the natural environment for the enjoyment of the people is a measure of a civilized society.
Powered by